New pictures of the kids

This last week we received updates on both the kids! 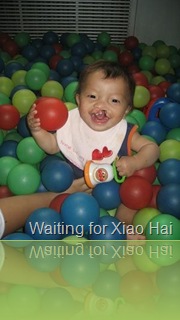 Kai is healthy but still “weak for his age”.  They are trying to get his lip repair done by the end of the month if his health remains good.  As much as I was fighting the thought originally, I think that it might just work out better this way.  Especially with “peanut” coming in March.  We need Kai to be learning to eat by the time that little one is born!  This will save us a surgery, recovery, and he can start packing on the pounds (I mean growing) faster. 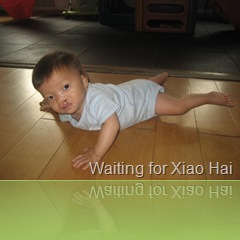 I can’t believe that he has 4 teeth already!  And they gave him a hair cut (he needed one though).  I hope that he really is as happy as he looks in all of the pictures!  He just looks like he has the best temperament!

We also had another ultrasound on the same day that we got our update on Kai.  “Peanut” as we lovingly refer to kiddo #2 is growing by leaps and bounds!  We could see arms, legs, a face, and a strong heart beat!  Still way too early to tell gender.  Maybe on the next ultrasound we will be able to tell- if “peanut” cooperates.

My clothes are getting tighter but still no real noticeable baby bump.  It just looks like I have put on a couple pounds.  I guess in that respect I will be happy when it is more obvious- less people thinking that I am just chunking up.